Getting regular daily exercise is of course a fantastic thing because it is the number one way to stay fit and healthy. The problem with many types of exercise is that they force you to do them alone and they don’t work well in team settings. Sure, you can lift some dumbbells with a buddy, but that isn’t really considered socializing.

In our opinion, one of the best ways to get your exercise in is to participate in team sports. The benefits of team sports are quite diverse, but we aren’t really looking at the physical benefits. Sure, a game of soccer will keep you healthy, but we’re looking at the mental aspects more than anything else. The benefits of team sports go far beyond having a healthy heart or combatting obesity, so if you’re interested you should definitely give this a read through! 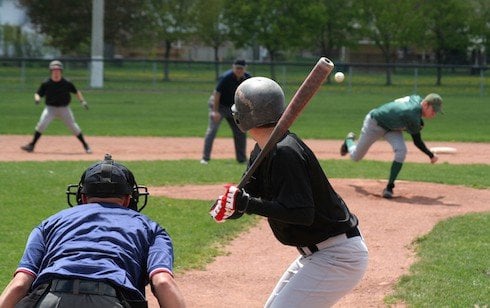 One of the major benefits that you and your children can get from playing team sports is that it helps to build confidence. Building confidence is easy when you have people around you, such as the coach and other players, who reward you for being good at something or making a great catch. Simply put, it feels great when a coach tells you that you did a good job.

This is especially important for young and middle-aged children who are in the developmental stages of life. Getting a confidence boost from the coach and other players will go a long way in building self-esteem, something which is of course important later on in life, especially when it comes to making friends, going to school, and yes, relationships too.

Something that is really convenient about team sports is that they are very versatile in terms of the many choices. People are like snowflakes, by which we mean that not everyone is the same and has the same interests. Team sports are great for both you and your children because of the massive amount of variety that is included. Some people like soccer, some like football, some like baseball, volleyball, basketball, and some like synchronized swimming.

Whatever the case may be, there is always a team sport that you can find which you will like. Moreover, although we know they aren’t physical sports, you can join an orchestra, a choir group, a debate team, a chess team, or any other kind of intellectual team sport. While they may not be physically challenging, they will surely work out your brain and still come with many of the benefits that all team sports come with. 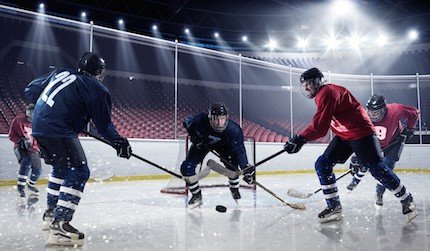 The simple fact of the matter is that unless you are a millionaire, the chances are that you have a boss, or at least have had a boss, which you need to respect and follow their orders, no matter how dumb and nonsensical they are. Playing on a team, especially one with a tough coach, is a great way to learn respect for authority and learning how to follow directions to the T, something which is necessary in most places in life, such as at your work, plus it is important for your child to respect their teachers at school too.

Not only does playing a team sport teach respect for the coach and authority figures, but it also helps teach respect for team players, or in other words, people who should be viewed as equals to yourself or your child. Everybody deserves respect and a team sport is one of the best ways to learn how to show the respect to people which they deserve.

Another great part about playing team sports is that it really helps you build relationships with other people, plus it increases your social skills too. Not having friends and always being alone is no fun at all. Humans are gregarious creatures, meaning that we are herd animals, or in other words, we were designed to work with others.

Those that don’t or can’t work with others and don’t have good relationships or social skills usually tend to fall behind the rest of the pack, especially when it comes to mental health. This is something very important and it’s crucial to learn it at a young age, which is why your children should definitely play some team sports. Even though it’s best learned young, you can always play catch up and start now because late is better than never.

Being on a team forces you to work with those people and it teaches you to get along with them in a group setting. There is also the fact that a team sport forces you to get out of the house and mingle with other people. It is a great way to get to know new people, make new friends, and maybe even meet a significant somebody. Through interactions with others you and your children build social circles and feel more included.

On a side note, social networking is a very important part of life in today’s day and age. The majority of positions you get and jobs you are hired for are often based on who you know. It never hurts to have friends in high places or just some friends in general, people who know people, people that can help you out in life. The simple truth is that life is easier and a whole lot more fun when you have friends and the best place to find them is on a team. 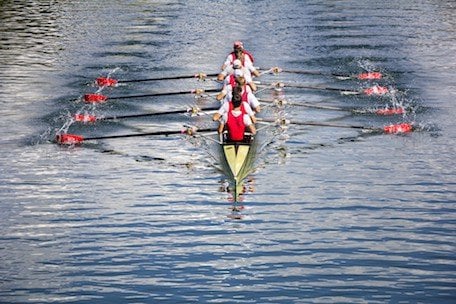 Another benefit that is to be had from playing team sports is that it goes a really long way in improving your ability to work with others. A team sport such as soccer requires a lot of coordination between players, especially if you want to win the game. You have to be able to work out a plan, follow that plan, follow directions, and work as a team to come up with a game plan. If you can’t do those things as a team then your team probably won’t win a single game.

There is no better place to learn teamwork and work towards a common goal with others than through a team sport, especially because if you do lose or if your teamwork skills aren’t that great yet, the worst that can happen is that you lose a game. It’s good practice for the real world where your ability to work as a team with others will largely dictate the course of your life and your own personal success in many of your endeavors.

Another valuable thing that team sports can teach you and your children is good sportsmanship. There is nothing worse than that guy or gal who freaks out when they lose because after all, it’s just a game and losing a game of soccer does not constitute having a hissy fit. It just doesn’t look good and it makes you look like kind of a stupid person.

On the other hand, nobody likes that person who rubs it in your face when they beat you at something. That person is cocky, they are rude, and they don’t realize that beating you at a game of basketball doesn’t warrant a barrage of insults. The simple fact of the matter is that good sportsmanship is a big part of life because you aren’t always going to win.

Learning how to deal with loss is important because it will dictate how you react to bigger losses in life and it will also dictate how you view competition. Crying about losing a football game is not going to get you anywhere in life and rubbing people’s faces in it when you do win is just going to make them hate you. Once again, good sportsmanship is an essential part of being successful in life, at least it is an important part of making friends and keeping those friends.

The bottom line is that no one wants to be friend with a sore loser or a sore winner and the perfect way to avoid turning out like that is to learn the value of winning and the value of losing in a team sport. 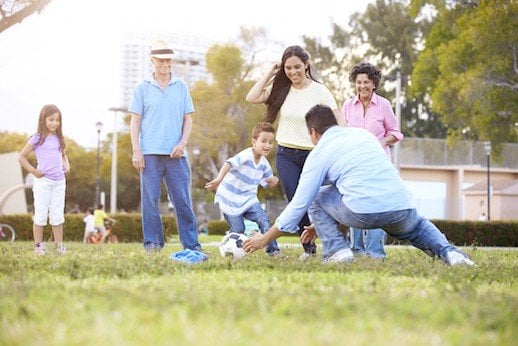 Another thing that you are really going to like, especially if you have kids, or if you happen to be a younger reader, is that team sports really tend to encourage family time. If you have kids, you’re obviously not going to let them go to practice or a game by themselves and you’re going to be driving them there, not to mention watching the game. Not only does this mean that you are simply spending time together, but it also means that you can both build a stronger relationship with them thanks to a common interest.

Of course, ideally you should both like the sport that you or your child is playing to really make this connection, but it isn’t absolutely necessary. Moreover, there are so many different choices out there when it comes to a team sport that you would be pretty hard-pressed not to be able to find a sport which you both like.

And we’re being pretty narrow here because your whole family is going to want to come out and see you or your child play the sport. You could literally have everyone from brothers and sisters to aunts and uncles and even grandparents coming out to watch the action. We think that this might actually be one of the most important things on this whole list because in the end family is all we have.

Benefit #8: It Is Exercise

Now we don’t want to point out the obvious here, but to be blunt, there is an overwhelming obesity epidemic, especially in North America, however it has also taken hold in many parts of Western Europe and other wealthier countries. The fact of the matter is that we spend more time eating than we do on our feet. 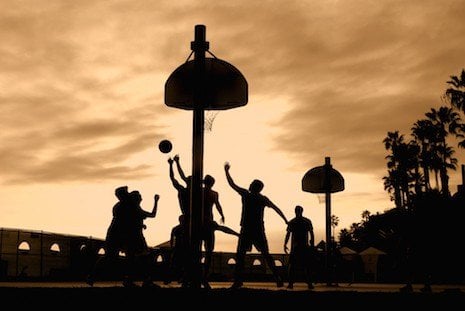 Now don’t quote us on that previous statement, but it sure does seem that way. We simply eat way too much bad foods and get not nearly as much exercise as we should be getting. There is no better time to teach good habits than when we’re still young and our brains soak up information and good habits like a sponge. On that same note, there is also no worse time to teach bad habits, habits such as eating chips and watching TV all day long as opposed to apples and a good game of baseball.

Getting exercise on a daily basis is the best way to stay fit and stay healthy, that of course and a good diet. The point we’re making is that you and your kids need exercise and the bottom line is that team sports is a good a way as any to get moving. Everything from heart disease and obesity to joint and bone problems can be prevented with some simple exercise such as a weekly soccer game.

The benefits of team sports are nothing to look down your nose at because as you can see, joining a team can have a great number of positive aspects which will make your life just that much better. Team sports are not only good for you, they are also great for your kids. In fact joining a team is perhaps one of the most beneficial things that your kids can do because it teaches respect, teamwork, social skills, confidence, and so much more, not to mention that it’s just physically healthy as well.

If you have any questions or comments about what you think of team sports, please feel free to leave us a blurb and we’ll get right back to you!

This site uses Akismet to reduce spam. Learn how your comment data is processed.

We are DPD Champions!

Be Wise About Online Safety